The Daily Devocast brings you daily encouragement. Today’s devotional message Deliverance, Prophecy, Healing, and Resurrection in the Early Church comes from Chapter XXXII of Irenæus Against Heresies Book II, which can be found in volume I of the Ante-Nicene Fathers.

Today’s reading comes from Irenaeus, a Greek bishop who lived circa 130 – 202 AD. He is best known for the development of Christian theology by combating heresy and defining the bounds of orthodoxy. 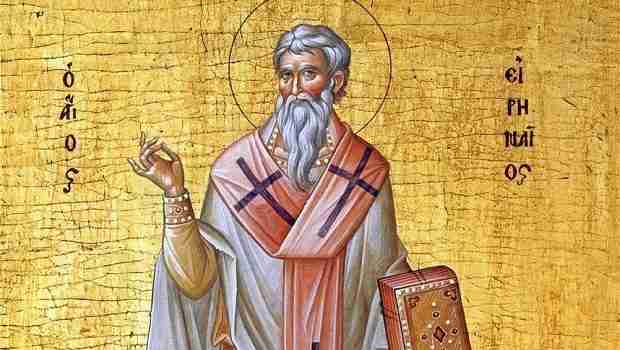 This selection on signs and wonders in the early church comes from Chapter XXXII of Irenæus Against Heresies Book II, which can be found in volume I of the Ante-Nicene Fathers.

“Wherefore, also, those who are in truth His disciples, receiving grace from Him, do in His name perform [miracles], so as to promote the welfare of other men, according to the gift which each one has received from Him. For some do certainly and truly drive out devils, so that those who have thus been cleansed from evil spirits frequently both believe [in Christ], and join themselves to the Church. Others have foreknowledge of things to come: they see visions, and utter prophetic expressions. Others still, heal the sick by laying their hands upon them, and they are made whole. Yea, moreover, as I have said, the dead even have been raised up, and remained among us for many years. And what shall I more say? It is not possible to name the number of the gifts which the Church, [scattered] throughout the whole world, has received from God, in the name of Jesus Christ, who was crucified under Pontius Pilate, and which she exerts day by day for the benefit of the Gentiles, neither practising deception upon any, nor taking any reward from them [on account of such miraculous interpositions]. For as she has received freely from God, freely also does she minister [to others].”

Prayer: Father, we read of numerous signs and wonders in the Bible and in the early church, but we don’t see them as often today. We continue to cry out for another great outpouring of your Spirit and pray that you’d empower us by your Spirit to move in deliverance, prophecy, healing, and resurrection to put on display the truth of the gospel and the advancement of your kingdom to the world around us. Amen.

Action Step: I know some of you have been told that the Holy Spirit is no longer active today and that the gifts of the Spirit were for a different era. If that is your belief, my challenge to you today is to leave a part of your heart and mind open to the possibility that your belief is wrong. If God’s people moved in signs and wonders by His Spirit in days past, why would it be any different today? Spend a few minutes alone with God today and ask Him to help you see more clearly His plan to use signs and wonders in our day. Write what He shows you in your journal.