Welcome to the Shaun Tabatt Show! Today my guests are Jesse Fryson and Zach MacGorman from Above the Fall and we’ll be discussing their debut EP Rise and Fall. 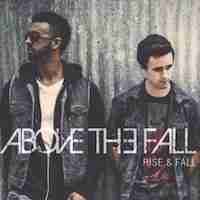 About The Band:
Above The Fall originated in the fall of 2011 when founding members, Jesse Fryson, and Zach MacGorman started writing music together. Over the course of the next few years, they had gone on to play shows in NJ, NY, PA, and DE, including a youth conference, with national recording artists, City Harbor, and headlining a benefit concert, which helped to raise upwards of $10,000 for a local pastor’s wife and mother of two young kids, who suffered a rare and nearly fatal stroke.

In May of 2014, Above The Fall had been invited to attend the Extreme Tour Objective Sessions in Nashville TN, where they met multi-Grammy and Dove nominated Producer, Billy Smiley. They were asked by Smiley to come to his studio to play some of their music for him, and to discuss the band’s future goals. Five months, two trips, and six songs later, Above The Fall put the finishing touches on their debut E.P. The band has entered into a management agreement with Smiley and a team of industry professionals to help them move forward in their career. 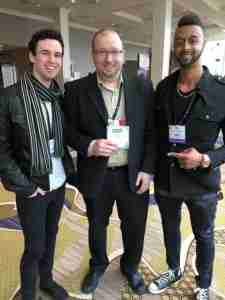 Now, with new music, new members, and a new live show, Above The Fall is set to make their official debut by Spring of 2015. From infusing rap into their songs to the guitar solos, from the drum battles to impromptu jam sessions, their unique live shows have set them apart from the rest. Some of their musical influences include Switchfoot, Foo Fighters, Tenth Avenue North, Jars Of Clay, and Shinedown. Above The Fall is ready to take their music to the next level.

Connect with Above The Fall:

Join the Conversation:
Half the fun of doing these podcasts is the conversation that happens around them. With each episode, I’ll be asking a new question. Here’s my question for episode 8:

Here are some of the websites and resources mentioned in this episode: