Welcome to The Shaun Tabatt Show! In this episode, I speak with Bruce Ashford about his and Chris Pappalardo’s book One Nation Under God: A Christian Hope for American Politics (B&H Academic, 2015). 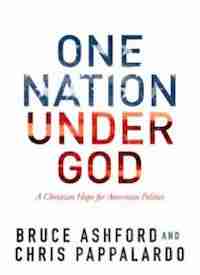 About the Book:
Is it possible to be passionate about the gospel and care deeply about politics? Can we engage in politics responsibly, confidently, graciously—even Christianly?

When it comes to politics, Christians today seem lost and confused. Many Christians desire to relate their faith to politics but simply don’t know how. This book exists to equip the reader to apply Christianity to politics with both grace and truth, with both boldness and humility.

Politics is not an evil arena to be avoided. Neither is it our only avenue for impacting society. The reality is much more complex and, oddly enough, much more promising.

About the Author:
Bruce Riley Ashford is Provost / Dean of the Faculty at Southeastern Baptist Theological Seminary, where he also serves as Professor of Theology and Culture. He is a Fellow in Theology at the St. George’s Center for Biblical and Public Theology (Ontario, Canada) and a Research Fellow at the Ethics and Religious Liberty Commission. 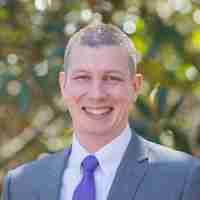 He is the co-author of One Nation Under God: A Christian Hope for American Politics (B&H, 2015), the author of Every Square Inch: An Introduction to Cultural Engagement for Christians (Lexham, 2015), and the editor of Theology and Practice of Mission (B&H, 2011). His forthcoming books are I Am Going: To the Nations and In the Streets (B&H, Summer 2017), The Problem with American Politics (Fall 2017), The Doctrine of Creation (IVP, Spring 2017), and For the King: One Story, One Gospel, One Mission (Baker, Fall 2017).

He has appeared on the Eric Metaxas Show, the Pat Williams Show, In the Market with Janet Parshall, Janet Mefferd Today, Chris Fabry Live!, and other nationally syndicated shows. His writing has been featured by Fox News, First Things Magazine, The Daily Caller, The Blaze, Canon & Culture, and other national outlets.

His research interests include theology and culture, public theology, theology of mission, theological method, and contemporary theology. He is married to Lauren, with whom he has two daughters (Riley Noelle, Anna Katherine) and a son (John Paul Kuyper). He is an elder at The Summit Church (Raleigh-Durham, NC).