Welcome to The Shaun Tabatt Show! I had the chance to catch up with Christian music artist Cheri Keaggy at NRB 2016 in Nashville. In the interview she gives us an update on the fan response to her recent album No Longer My Own. 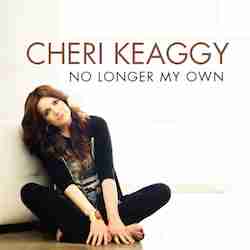 About The Album:
No Longer My Own seeks to embolden fellow sojourners of the faith to live more fearlessly for Christ. Perhaps that sentiment is best expressed in the album’s title cut, a song inspired by the “Covenant Prayer” popularized by John Wesley.

Listeners can look forward to such vertically oriented songs of celebration as “Lucky To Be Breathing Your Air,” prayerful petitions like “Jesus, One and Only,” poignant ballads like “You Go Before,” and the powerful anthem, “Overcome,” a response to recent news reports of believers facing persecution, even unto death, and the increase of moral decay in our nation. She also enlists her uncle, Grammy nominee and Dove Award winner Phil Keaggy, who contributes a jubilant ukulele track in the lighthearted Scripture song, “Whatever is True (Phil. 4:8).”

Keaggy employed the innovative Kickstarter crowd-source business model to fund the project, joining such high profile Christian recording artists as Carman, Shaun Groves, John Schlitt, Five Iron Frenzy and Thousand Foot Krutch, who also used the outside-the-box service to fund recent projects. Keaggy is no stranger to the business model, having successfully employed Kickstarter to raise nearly $25,000 to fund her 2012 release, So I Can Tell.

While Keaggy admits to being both humbled and excited by the number of doors that opened for ministry through concerts, church services, women’s events, TV appearances, interviews, and radio airplay as a direct result of So I Can Tell, she insists the story is far from over. With a quiver full of new songs burning in her soul, Keaggy prays No Longer My Own will inspire and embolden fellow saints to live more fearlessly for Christ. 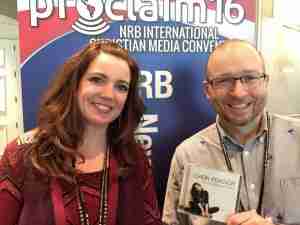 About The Artist:
Cheri Keaggy began her career as a worship leader at a small church in Southern California before recording her debut album on Sparrow Records, Child of the Father, in 1994. Honored with a Dove Award nomination for New Artist of the Year, Keaggy has gone on to record eight additional albums, resulting in nine No. 1 songs, three Dove Award nominations and a Dove Award win. After more than two decades in music, her ministry has expanded to include speaking engagements as well.