Welcome to The Shaun Tabatt Show! In this episode, I speak with Mark Antonacci about his book Test the Shroud. 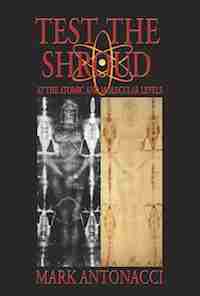 About the Book:
Mark Antonacci makes compelling arguments about many prominent points in Test the Shroud. His accurate description of all the unique features on the Shroud of Turin allows him to convincingly argue that this is the authentic burial cloth of Jesus Christ. He presents a very testable hypothesis that particle radiation emanating from the dead, crucified body wrapped within this burial cloth caused its unprecedented, full-length body images, its still-red blood marks, its erroneous carbon dating and so many other unforgeable features. He even describes advanced scientific testing techniques that could be applied to this burial cloth and its human bloodstains that could demonstrate whether a miraculous event actually occurred; when it happened; where it happened; the actual age of the burial cloth and its bloodstains, and the identity of the victim.

He contends that we live in a singular moment of history. These new scientific test results combined with previous unparalleled evidence would prove that the passion, crucifixion, death, burial and resurrection of Jesus. 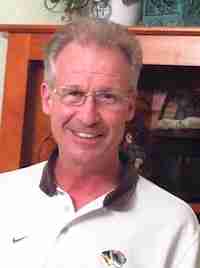 About the Author:
Mark Antonacci is an attorney and author who has studied all aspects of the Shroud for 34 years. He wrote The Resurrection of the Shroud (New York: M. Evans and Co., 2000), the most comprehensive book ever written on the Shroud until his landmark book, Test the Shroud, was published in 2015.

He gave the keynote address at the international conference held in Italy in conjunction with the Shroud’s exhibition in 2010 in which he proposed that a new series of sophisticated, minimally-invasive tests be performed on the Shroud at the atomic and molecular levels of this famous burial cloth. He has written the leading scientific hypothesis that not only explains the Shroud’s body images, but also its radiocarbon dating, its excellent condition, its pristine human blood marks, their still-red coloration, the possible outer side imaging, coin features and flower images, skeletal features and all of its other unique features.

This hypothesis has been published in a peer reviewed scientific journal, and although it involves a miraculous event consistent with the resurrection, its occurrence can be scientifically tested. He asserts that these proposed tests could prove whether the Shroud was irradiated with particle radiation; whether the source was the length, width and depth of the crucified corpse in the cloth; when this event happened; where it occurred; the age of the Shroud and its blood; and the identity of the victim. He asserts this technology could also test all other natural or artistic explanations for the Shroud’s images or its radiocarbon dating. 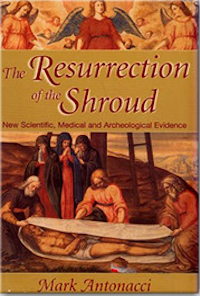