Welcome to The Shaun Tabatt Show! In this episode, I speak with Terry Brennan about his novel The Aleppo Code (Kregel, 2015). 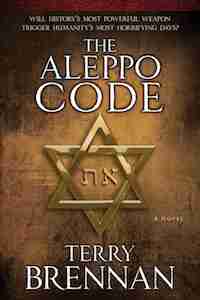 About the Book:
Will the code reveal history’s most powerful weapon for destruction–or humanitys only hope?

The living members of Tom Bohannon’s band of adventurers gather again in Jerusalem–physically battered, emotionally exhausted, spiritually challenged, and in various stages of shock–to examine a copy of the tenth-century Aleppo Code, the oldest complete text of Jewish scripture. What the clues inside reveal could lead to the reuniting of the Ark of the Covenant with its true source of power, a weapon that could lead to victory for this ragged bunch trying to save the world.

Hunted by the relentless assassins of the Prophet’s Guard and caught in the web of an international conspiracy plotting the conquest of Europe, Bohannon’s team searches the ruins of Ancient Babylon. Their search lands them amid the chaos that engulfs western Iraq, but they must press on to accomplish one of the most pivotal pieces of end-times prophecy. This intrepid group will uncover secrets that require them to risk everything for their faith, their country, and the peace of all mankind.

Unfolding against the backdrop of an Israeli/U.S. strike against Iran and the planned economic overthrow of the European Union by the sinister, secret head of the international Muslim Brotherhood, The Aleppo Code is a heart-pounding race. Brennan takes an epic story on a grand scale and tells it primarily through the eyes of one man who is desperately trying to save the world as he follows God’s purpose for his life. 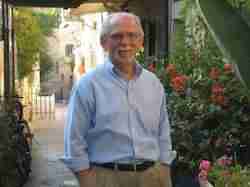 About the Author:
Terry Brennan is the award-winning author of The Sacred Cipher and The Brotherhood Conspiracy, the first two books in The Jerusalem Prophecies. He is also a Pulitzer Prize-winning journalist and has received the Freedoms Foundation award for editorial writing. Brennan is currently chief administrative officer for Care for the Homeless in New York City. 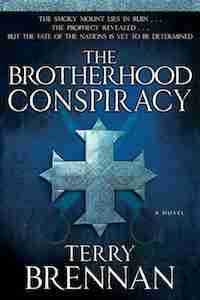 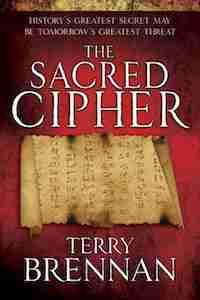