Welcome to The Shaun Tabatt Show! Today I speak with Robby Dawkins about his book Identity Thief: Exposing Satan’s Plan to Steal Your Purpose, Passion and Power (Chosen Books, 2015).

In this interview we discuss the following: 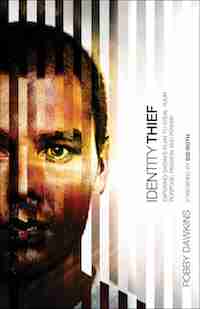 About the Book:
Since the Garden of Eden, our true identities have been hacked–stolen and reprogrammed by Satan.

God has an amazing plan for us. And the enemy is short-circuiting it.

When we don’t recognize who we really are, we limit God. But when we grasp the truth of who we are in Christ, we can walk with authority into the realm of power reserved for each of God’s children. We can heal the sick, cast out demons and deliver the captives.

We can see miracles and make a lasting impact for the Kingdom.

Don’t settle for the glass ceiling constructed from the enemy’s lies. Break through it. Exchange fear and doubt for a life of radical possibility.

Reclaim your true identity . . . and change the world.

About the Author:
Robby Dawkins travels extensively as an itinerant minister, writer and speaker, crossing denominational lines to equip believers in power evangelism. He’s spoken in more than 45 countries, including some of the most dangerous nations, and has been featured in numerous documentaries and media outlets. He and his wife, Angie, have six sons and live outside the Chicago area.

Join the Conversation:
Half the fun of doing these podcasts is the conversation that happens around them. With each episode, I’ll be asking a new questions. Here’s my question for episode 43:

Question:  Has the identity thief been at work in your life? Tell us how and how God has seen you through it.

Author Talks Episode 41 – Do What Jesus Did