Welcome to The Shaun Tabatt Show! Today I speak with David Britton about his latest holiday album titled Christmas.

Here are some of the topics and questions we cover in the interview:

About the Album:
Christmas, which released digitally last year and released to brick & mortar retailers on October 9, 2015, showcases the unique ability of the classically trained Britton, who has performed at Carnegie Hall and with opera companies around the world, to effortlessly merge his diverse influences. He wraps his incredibly rich pop-classical sound (with a twist of anthemic rock) into and around these timeless holiday classics. The result is a poignant collection of cozy favorites and a blend of powerful yet intimate moments, custom made for the Christmas season.

Britton encourages listeners to get cozy with his warm and inviting rendition of “The Christmas Song (Chestnuts Roasting),” before closing the project with another original, “Sing Noel,” written by Billy Smiley and CCM legend Scott Wesley Brown. On this lovely Christmas hymn, Britton shares the microphone with Christine Dente from Out of the Grey.

“In a world that is full of so much turmoil and pain, it is my goal to use music to shed a glimmer of light; to bring comfort to those that grieve, peace to those at war, hope to those that fail, encouragement to those that feel alone, joy to those in despair,” says Britton. “I am grateful for the opportunity to create music that does not fit within any specific genre, that allows me to leverage the unorthodox musical influences of my life, that people of all generations and tastes may find something that speaks to them. Above all else, it is my desire that those who listen may see past me to the One who created all things.” 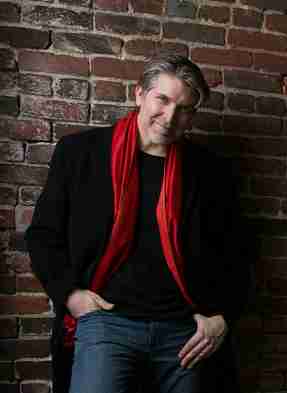 About the Artist:
World-class Baritone and Nashville recording artist, David Britton, brings a unique sound to his audiences, by blending his big voice with a signature orchestral rock instrumentation. This approach is the result of Britton’s eclectic musical heritage, which included drumming in a rock band through high school and college, before beginning a career in opera. Over the past couple of years, Britton has emerged onto the scene with albums which take full advantage of both the classical training as well as the rock style creating music that is at times both intimate and grandiose.

Join the Conversation:
Half the fun of doing these podcasts is the conversation that happens around them. With each episode, I’ll be asking a new questions. Here’s my question for episode 41: