Welcome to The Shaun Tabatt Show! Today my guest is Blake Rayne and we’ll be talking about his dual role of playing both Ryan Wade and Drexel Hemsley in the major motion picture The Identical. 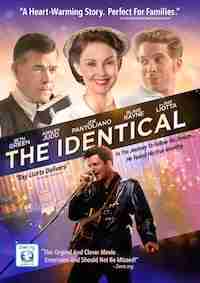 About the Film:
The Identical is about twin brothers separated at birth in the Great Depression. With different upbringings, one brother becomes a music legend while the other struggles to find a balance between his passion for music and trying to please his father.

About Blake Rayne:
Blake Rayne (also know as Ryan Pelton), an indie recording artist and studio musician resides in Nashville, TN (2014). He is from Columbus, Ohio. Once a website designer, his life took a turn when he won an Elvis impersonator competition which he entered in 1998 on a dare from his mom. He spent time as an Elvis impersonator and later moved to Nashville to record his own work.

The executive producer of the film The Identical knew the owner of a recording studio in Nashville who introduced him to Blake. Blake said that the script sounded like his own life story. After being cast, he was given acting lessons with DW Brown to prepare him for the film.

Join the Conversation:
Half the fun of doing theses podcasts is the conversation that happens around them. With each episode, I’ll be asking a new question. Here’s my question for episode 4:

Here are some of the websites and resources mentioned in this episode: