I’m honored to have John Ramirez join me today on The Shaun Tabatt Show to talk about his new book Armed and Dangerous: The Ultimate Battle Plan for Targeting and Defeating the Enemy (Chosen Books, 2017). 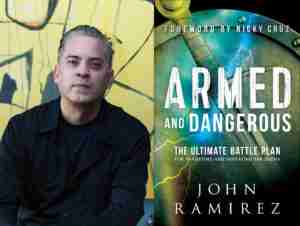 About the Book:  It’s time to push back the gates of hell!

The devil has come to steal, kill and destroy. Hell has unleashed fury against every believer. Yet many Christians live in denial, letting the enemy steal their blessings, destroy their relationship with Jesus and kill their purpose and identity. But no more!

With passion and insight gained from years on the frontlines of spiritual warfare, John Ramirez equips you with the biblical weapons and practical strategies you need to battle the enemy successfully, including how to

Here is everything you need to fight for your purpose, your destiny, your family and your loved ones–and even for unbelievers so they, too, will have the opportunity to make it to the cross. 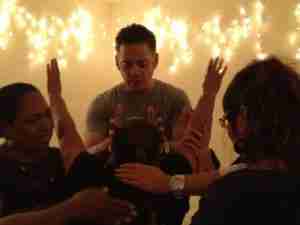 About the Author:  In every generation God has always displayed his awesome deliverance and transforming power. Evangelist John Ramirez is another example of God’s mighty power to set the captives free. In his testimony, Author and Speaker, John Ramirez tells his true life story of how he was trained to be a satanic cult (Santeria and Spiritualist) high ranking priest in New York City—casting powerful witchcraft spells and controlling entire regions. Raised in an impoverished ghetto neighborhood, he grew up despising his father for his careless disregard of his family. John learned to survive the cold, harsh streets of the South Bronx. Looking for love and validation, he eventually found it in a new “family” of witches and warlocks who groomed him to become a high priest in their occult religion. His plunge into the dark side reached a boiling point on the night he sold his soul to the devil in a diabolical, blood-soaked ritual. With renewed fervor—and the mark of the beast now cut into his right arm—he actively recruited souls into this “unholy kingdom,” haunting the bars and clubs of NYC by night to find his next victims. John’s life continued on this dark path until God intervened through a miraculous, larger-than-life dream, revealing Himself for who He really is and literally snatching John back from the grips of hell.

In a style all his own, John unfolds God’s enormous power through his powerful testimony and teaches Christians as well as those trapped in the occult how to combat the enemy and be set free. His remarkable story is told in the book Out of the Devil’s Cauldron: A Journey from Darkness to Light. This intriguing story walks you through the dark alleys of the Santeria cult while exposing hidden secrets of darkness.

Many have come to the saving knowledge of Jesus Christ by John’s real and true to life testimony. He is a sought-out speaker by many who want to hear of his involvement in the highest levels of the occult and how he finally came out.

People from all ethnic backgrounds dabble in the occult and fall victims to this satanic underworld and never see the way out. John Ramirez is one in a million who made it out.

Get your own copy of Armed and Dangerous: