About the Book:  The Greek New Testament is priceless in its value as it is how God has given us his revelation of the gospel and of Jesus Christ. While a few trusted Greek texts are in print, significant advances have been made in Greek translation studies of the New Testament since a standard text was adopted by academics in 1975. The Greek New Testament, Produced at Tyndale House, Cambridge has been created under the oversight of editors Dr. Dirk Jongkind (St. Edmund’s College, University of Cambridge) and Dr. Peter Williams (Tyndale House, Cambridge). Together with their team, they have taken a rigorously philological approach to reevaluating the standard text—reexamining spelling and paragraph decisions as well as allowing more recent discoveries related to scribal habits to inform editorial decisions. Ideal for students, scholars, and pastors alike, and published to coincide with the 500th anniversary of the Reformation, The Greek New Testament, Produced at Tyndale House, Cambridge is a groundbreaking contribution to biblical scholarship. 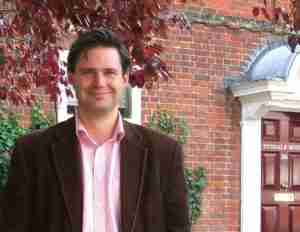 About the Editor:  Peter J. Williams (PhD, University of Cambridge) is the principal of Tyndale House and the consulting editor and coordinator of this project. He is also chair of the International Greek New Testament Project, which is producing the largest scholarly edition ever attempted of a single book of the New Testament, namely the Editio Critica Maior of John’s Gospel. He is the author of Early Syriac Translation Technique and the Textual Criticism of the Greek Gospels.

Order Your Copy of The Greek New Testament, Produced at Tyndale House, Cambridge:

The Greek New Testament, Produced at Tyndale House, Cambridge from Crossway on Vimeo.

© Shaun Tabatt and ShaunTabatt.com, 2017. Unauthorized use and/or duplication of this material without express and written permission from this site’s author and/or owner is strictly prohibited. Excerpts and links may be used, provided that full and clear credit is given to Shaun Tabatt and ShaunTabatt.com with appropriate and specific direction to the original content.