Welcome to The Shaun Tabatt Show! Darren Wilson joins us again today to share about his new book God Adventures: Don’t Settle for Less than Experiencing More and his new TV series Adventures with God. 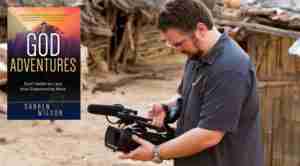 About the Book:  For many people, Christianity has become an institution of rules, duty, and potlucks. But for filmmaker Darren Wilson, his life of cultural Christianity changed radically when a powerful encounter with God led him to begin making films that attempted to display the God of the Bible in living color. What happened over the next ten years has affected millions around the world, and has set fires ablaze in hearts that have long sat dormant.

God Adventures is an honest and compelling book about the events surrounding the making of these powerful films (Finger of God, Furious Love, Father of Lights, Holy Ghost, and Holy Ghost Reborn), and is designed to take you into a deeper, more fulfilling and, yes, riskier relationship with God.

Christianity was never meant to be a social club—it was meant to change the world. God Adventures provides biblical insight for the supernatural occurrences documented in Darren’s films, along with behind-the-scenes stories that will inspire, engage, and challenge you to not settle for less than experiencing all of God. 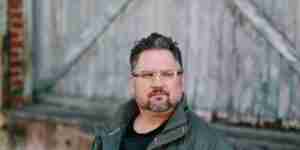 About the Author:  Darren Wilson is the Founder of Wanderlust Productions, a film/television production company that focuses on creating media that creatively and powerfully advances the kingdom of God around the world. Darren’s films have been seen by millions around the world. His first five films, Finger of God, Furious Love, Father of Lights, Holy Ghost, and Holy Ghost Reborn have helped change the spiritual temperature of the worldwide church. He is currently working on a new film and a variety of television shows. Darren has also written two books, Filming God, which details his journey out of skepticism into faith in the supernatural; and his latest, Finding God in the Bible, which is a book about friendship with God. He also has a regular blog for Charisma Magazine called Behind the Lens, where he writes about current events, spiritual questions, and the entertainment industry. Devon Franklin, VP of Production for Columbia Pictures, calls Darren “one of the most innovative filmmakers and authors of faith today.” Darren lives with his wife, Jenell, and their three children, Serenity, Stryder, and River in Greenville, SC.

Order your copy of God Adventures:

© Shaun Tabatt and ShaunTabatt.com, 2017. Unauthorized use and/or duplication of this material without express and written permission from this site’s author and/or owner is strictly prohibited. Excerpts and links may be used, provided that full and clear credit is given to Shaun Tabatt and ShaunTabatt.com with appropriate and specific direction to the original content.