Welcome to The Shaun Tabatt Show! Today I speak with Terry Holloman about her new album DNA Transformation.

Here’s what you’ll learn in this interview: 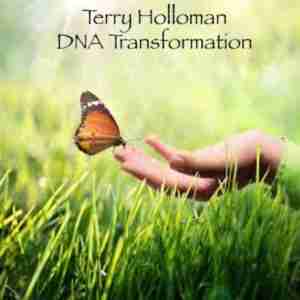 About the Album:  Terry released DNA Transformation, because of the overwhelming response and call for her to record her unique sound. The album creates a perfect atmosphere for prayer, soaking and study, as well as providing a dynamic soundtrack for life. The sound has been called “a bridge across denominations and races”, and appeals to Christian and non Christian alike.

About Terry Holloman:  Terry started playing music at the age of eight, playing organ and trombone. It was at fourteen that she first realized she was called of God to music. Her mother made her play the organ at their church, but even though she did so reluctantly, it was then Terry first felt the Presence of God. “It was like electricity shooting through me.” Terry said. She never forgot it.

Terry is now a powerfully anointed keyboardist, minstrel, writer and producer, and has developed a very unique sound, which is fusion of Bethel style soaking music, spontaneous song and jazz, with urban touches. Her passion is to share her heart for worship with a wise spectrum of the Body of Christ.

She is the Founder of a powerful, unique worship/intercession ministry called “The Mary Experience”, named from the reference in John 12:3, where Mary of Bethany poured the ointment on the feet of Jesus. The ministry, based in Atlanta, Georgia, was created to give psalmists and minstrels an opportunity to be a voice to help people hear God’s heart through music. Much of the flow of music, song, spoken word and interaction is totally spontaneous,  and releases an atmosphere of freedom, joy, and deep connection with God and one another.