Welcome to The Shaun Tabatt Show! Today I speak with Craig Keener about his and Médine’s book Impossible Love: The True Story of an African Civil War, Miracles and Hope against All Odds (Chosen Books, 2016).

Here’s what you’ll learn in this interview: 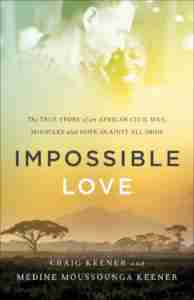 About the book:  A Gripping, True-Life Love Story!

Shy, scholarly Craig Keener first met Médine, a beautiful Ph.D. student from central Africa, through a campus ministry at Duke University. The two became close friends, but it wasn’t until Médine returned home that Craig–coming to terms with his own wounded heart–realized his love for her. But civil war had broken out in Congo. Médine faced terror, disease and devastating hardship–and Craig didn’t know if she was alive or dead.

Separated by continents, cultures and the ravages of war, Craig and Médine never stopped believing that faith, hope and love can surmount even the most overwhelming obstacles. Part romance, part thrilling adventure, their story is an unforgettable, miracle-filled journey of impossible love. You will be amazed by the God whose own great love for each of us will always overcome.

About Craig Keener:  Craig is professor of New Testament at Asbury Theological Seminary and holds a doctoral degree in New Testament Studies and the Origins of Christianity from Duke University. He is the author of several commentaries on books of the New Testament. 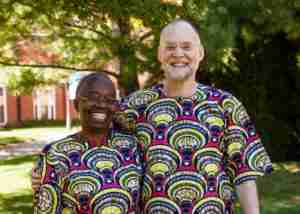 About Médine Moussounga Keener:  Médine holds a PhD from the University of Paris and is the pastoral care coordinator of Formation Ministries at Asbury. Médine and her husband, Craig, work for ethnic reconciliation in the US and Africa.