Today, I’m excited to welcome the one and only Michael Heiser back to The Shaun Tabatt Show. We’re going to be diving into the fascinating topic of angels and look at questions like:

His new book Angels: What the Bible Really Says About God’s Heavenly Host, answers these questions and so much more.

About the Book:  Everyone knows that angels have wings, usually carry harps, and that each of us has our own personal guardian angel, right? We all have some preconceptions about angels from movies, television shows, and other media, but you might be surprised to know that a lot of those notions aren’t based on anything from the Bible. If you read Luke 1:26–38 and imagine the angel Gabriel standing before Mary with neatly folded white wings, you’re not getting that picture from anything the Bible itself says.

What the Bible really says about angels is overlooked or filtered through popular myths. This book was written to help change that. It’s a book about the loyal members of God’s heavenly host, and while most people associate them with the word “angel,” that’s just one of many terms the Bible uses for supernatural beings.

In The Unseen Realm, Michael Heiser opened the eyes of thousands to seeing the Bible through the supernatural worldview of the ancient world it was written in. In his latest book, Angels, Dr. Heiser reveals what the Bible really says about God’s supernatural servants. Heiser focuses on loyal, holy heavenly beings because the Bible has a lot more to say about them than most people suspect. Most people presume all there is to know about angels is what has been passed on in Christian tradition, but in reality, that tradition is quite incomplete and often inaccurate.

Angels is not guided by traditions, stories, speculations, or myths about angels. Heiser’s study is grounded in the terms the Bible itself uses to describe members of God’s heavenly host; he examines the terms in their biblical context while drawing on insights from the wider context of the ancient Near Eastern world. 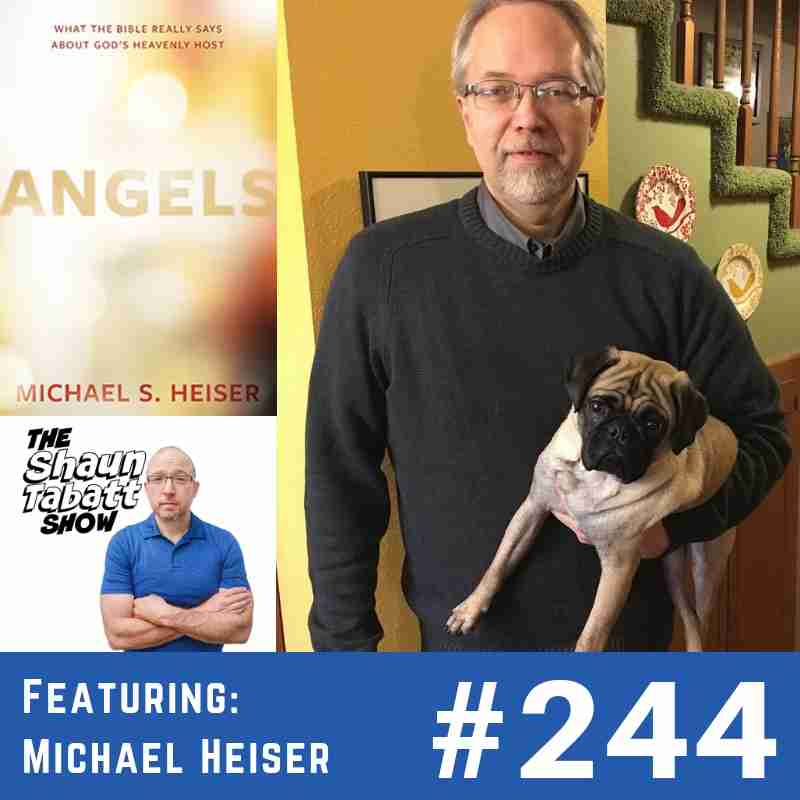 About the Author:  Michael Heiser is a scholar in the fields of biblical studies and the ancient Near East, and he is a Scholar-in-Residence at Faithlife, the makers of Logos Bible Software. Michael has an MA in Ancient History from the University of Pennsylvania, and he has an MA in Hebrew Studies and a PhD in Hebrew Bible and Semitic Languages from the University of Wisconsin-Madison. He has published widely in scholarly journals and popular periodicals such as Bible Study Magazine, and he teaches ancient languages online at MEMRA.

Books mentioned in this episode:

Share the Love: If you enjoyed the show, please rate it on iTunes and write a brief review. That would help tremendously in getting the word out and raising the visibility of the show. © Shaun Tabatt and ShaunTabatt.com, 2019. Unauthorized use and/or duplication of this material without express and written permission from this site’s author and/or owner is strictly prohibited. Excerpts and links may be used, provided that full and clear credit is given to Shaun Tabatt and ShaunTabatt.com with appropriate and specific direction to the original content.